Did you ever wonder why New Zealand is actually called New Zealand? Is there an old Zealand as well? And why did it get this name? The origin actually lies 127 years before Captain Cook set foot ashore.

New Zealand got its name from a Dutch cartographer who processed the travels and discoveries of Abel Tasman. This Dutch explorer actually never set food ashore on any of the islands he saw on his voyage. The mapmaker called the land ‘Nova Zeelandia’ or ‘Nieuw Zeeland’ which means new Zealand, after a province of the Netherlands in the 17th century.

Here’s the whole story of how New Zealand got its name, and why it has also something to do with the British.

In 1642, Dutch explorer Abel Tasman (who had already done a lot of exploring in the East Indies) was sent to explore the southern part of the Pacific by the Dutch East India Company. He sailed around most of it, coming as close to shore as he could and giving names to many places and people he saw.

He didn’t actually go ashore anywhere — he saw some Maori from his boat but never met any face-to-face, so he didn’t know what they were called or where and how they lived.

Here are some things Tasman noticed:

1) He saw that the land was mostly a sandy beach.
2) The country was covered with trees in the south and perhaps the north also — but not much in the middle of it.
3) There was plenty of food for hunting in the forest.
4)The Maori were warlike people who had a tradition of cannibalism, but Tasman didn’t see any evidence of this while he was sailing around.

He is officially recognized as the first European to discover New Zealand in 1642 and make contact with the Maori people. Unfortunately, Abel Tasman was not able to communicate with the Maori properly and it soon led to violence.

The life of Abel Janszoon Tasman

Abel Tasman was born on October the 10th in 1603 in a small village in the northern part of The Netherlands. His father, Jan Abel Tasman, was a shoemaker and his mother’s name was Jannetje Tjaers. When he was still young his parents died and he went to live with an uncle in The Hague.

Tasman only had a basic education but he managed to master French and Latin as well as some navigation skills by working for the Dutch East India Company in Batavia (now Jakarta) for five years starting in 1631.

He was first mate of a ship called the Weesp in 1634 and later that year skipper of the Mocha which patrolled the Dutch East Indies. In 1636 he was a senior officer on the Banda which arrived in Holland on August the 1st of 1637. His wife accompanied him back to the Dutch East India Company in Batavia (Jakarta).

The VOC was prospering from 1639 to 1642 and Abel Tasman spends many days in the northwest Pacific and along the coast of Asia.

His first major voyage started in August 1642. He was chosen by the Dutch East India Company to explore the Indian Ocean from west to east, south of the original trade route. The ships, the “Heemskerk” and the “Zeehaen” were supposed to navigate eastward into the Pacific if this was proved possible to investigate possible routes eastward to Chile, to rediscover the Solomon Islands from the Spaniard, and to explore New Guinea.

Leaving Batavia, modern Jakarta, Tasman sailed to Mauritius, then southward and eastward reaching his most southern point before turning north. On November 24 in 1642 he discovered contemporary Tasmania, which he called Van Diemen’s Land. In December of that same year, Abel Tasman decided to continue eastward where he reached new land, the North Cape of today’s New Zealand. The crew sighted the Southern Alps and the west coast of the South Island on the 13th of December where they decided to go north. They anchored at Wharewharangi Bay, near Wainui Inlet which is now Abel Tasman National Park, on the 18th of December.

The initial meeting between the Dutch and Maori was peaceful. The Maori tried to sell some fabric to the Europeans but they were not interested. The following day they had a more violent encounter with one of the local tribes. After which Abel Tasman named the place ‘Moordenaers’ or Murderers Bay. The ships continued north all the way up to today’s Cape Maria van Diemen, which was named after his patron’s wife.

Abel Tasman undertook a second and third large expedition in which he sailed to New Guinea and the Philipines. In 1652 he resigned from the united East Indian company and spend the rest of his life in Batavia (Jakarta). He was by then the wealthiest man in the area and after his passing his second wife and daughter from his first marriage received his inheritance. He left 25 guilders to the poor of his birth village Lutjegast.

Multiple places of interest and significance have been named after Abel Janszoon Tasman including:

And many other places, bands, ferries, and roads.

Abel Tasman kept an extensive diary of his voyages of discovery. His journal of the 1642 voyage is held at the Dutch National Archives at The Hague.

A surprisingly long time passed before New Zealand was visited again by another European explorer called James Cook. He arrived there for the first time in 1769. Captain Cook would come back several times before European whalers and traders would come. By the 1830s the British government felt pressure to settle here before the French would, who considered New Zealand as a potential new colony. On February the 6th in 1840 the Waitangi treaty was officially signed by Maori chiefs after which it was taken all around the country for signing by local chiefs. More than 500 of them signed the Treaty Of Waitangi. 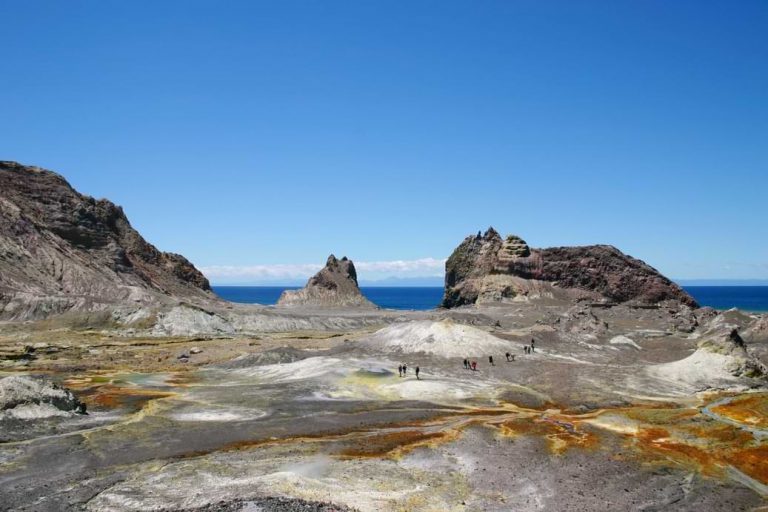 Millions of years ago the earth did something amazing! It started forming New Zealand. But how did it get to exist? The question of “how” New Zealand originated is a difficult one. But what we do know for sure is that there were three major stages of development.  The base of New Zealand was initially…