Millions of years ago the earth did something amazing! It started forming New Zealand. But how did it get to exist? The question of “how” New Zealand originated is a difficult one. But what we do know for sure is that there were three major stages of development.

The base of New Zealand was initially formed by ashes from volcanic activity and sediment of rivers that flow to the ocean around 540 million years ago on the eastern edge of the supercontinent Gondwana. Volcanoes did have an important role of forming New Zealand in the coming millions of years, but colliding tectonic plates were just as important.

Some of the links in this post are affiliate links. This means if you click on the link and purchase the item, Kiwishirts will receive an affiliate commission at no extra cost to you. All opinions remain my own!

1. Forming at the eastern edge of Gondwana

540 million years ago New Zealand started to form on the eastern edge of the supercontinent Gondwana. Rivers Sediment and volcanic ashes flow to the sea, hardened and became the basis of New Zealand. Rocks were raised and formed mountains on the Gondwana coast.

About 150 million years ago volcanic eruptions were caused by hot rock under the service of Gondwana. Large cracks opened up and a large section called Zealandia broke off and moved towards to Pacific Ocean. When it moved away from Australia it pretty much sun beneath sea level.

25 million years ago Zealandia began to split under water and moved towards the Australian and Pacific plates. It was so close to the edge of these two largest tectonic plates on earth that part of the sunken continent was pushed up. This event created the land of New Zealand.

In the last 1.8 million years a lot has happened. The Southern Alps were formed and have risen thousands of meters into the sky. Volcanoes erupted violently creating mountains and valleys. And glaciers created lake basings, valleys and fjords by force. This is how New Zealand became the stunningly beautiful country it is today.

Which volcanoes in New Zealand are active?

New Zealand has 10 active volcanoes that erupted over the last 100 years. White Island is the last one that violently erupted and took several lives of tourists and tour guides in 2019. Mount Tongariro and Mount Ruapehu on the north island are other volcanoes with recent eruptions in the twenty-first century. Other recent eruptions were reported on volcanic islands north of New Zealand in the pacific.

There are also a couple of dormant volcanoes that haven’t been active recently but aren’t extinct. You can find these ‘sleeping’ volcanoes on the Auckland Volcanic Field, Mayor Island, Rotorua, Okataina, Taupo, Taranaki, and the volcanic fields in the northland.

How many volcanoes are in New Zealand?

New Zealand has many active, dormant and extinct volcanoes. If you count all of them on land or in the ocean you will come to around 90 volcanoes in every shape or form. New Zealand has 12 active volcanoes of which White Island is the largest and most active one.

Many of these volcanoes are islands situated just off the cost of New Zealand. Think about Gannet Island, Little Barrier Island, Poor Knights Islands, and Rangitoto Island. All beautiful islands with unique flora and fauna and well worth a visit.

There is a really nice day trip from Auckland to Rangitoto Island. Hop on one of the ferries from downtown Auckland or Devonport and climb to the top of this youngest volcano in the area. It emerged from the ocean only 600 years ago. You will have fantastic views over the Hauraki Gulf, Motutapu Island, and the sky-line of Auckland.

Another 7 volcanoes in the Antarctic region also belong to New Zealand territories.

What is the largest volcano in New Zealand?

White Island or Whakaari is the largest and most active volcano in New Zealand. The island close to the shores of the bay of plenty is an uninhabited island. It is 2 kilometers in diameter and lies 48 kilometers from the coast of Whakatane. It marks the northern end of the Taupo Volcanic Zone.

White Island has been active for at least 150.000 years. It is a stratovolcano with a composite cone and made of layers of lava flows and pyroclastic deposits. In december 2019 it erupted while many tourists were on the island. A lot of them lost their lives or were scarred for life.

I was actually in New Zealand at that time and just decided that I would not go on a tour to White Island. Just two days after I traveled onwards from the Whakatane area the volcano erupted.

Whakaari or White Island is the most active volcano in New Zealand and it has been so since 1976. When it began there were almost non stop eruptions. In 2011 a second period of continuous eruptions started. These eruptions mainly contain ashes and you can see gases churning over the lakes on White Island.

If you are interested in hiking through volcanic landscape, you should visit Tongariro National Park on the northern island of New Zealand. There are many great walks for all ages and fitness, here are a few of our favorites:

What are the three main types of volcanoes in New Zealand?

New Zealand has three main types of volcanoes within its borders. The Caldera volcanoes, Cone volcanoes, and Volcanic Fields which are found near Auckland.

Cone volcanoes are the easiest identified because of its almost symmetrical triangular shape. It shapes through volcanic eruptions of lava, ash, and other debris. They are also called Stratovolcanoes or Composite volcanoes. Two famous examples are Mt Ruapehu and Mt Ngauruhoe in the Tongariro National Park on the northern island.

Caldera volcanoes like Taupo and Rotorua are large more or less circular shaped basins formed during large violent eruptions. Following the eruption with magma the surface above the magma chamber collapses which forms a crater basin. Taupo and Rotorua filled with water after the eruptions and are beautiful and large lakes in the center of the northern island.

Volcanic fields consist of many small volcanoes like the one near Auckland and Bay of Islands. These fields usually form from several hot spots that melt its way to the surface. Volcanic fields exist away from tectonic plate boundaries and are also called hotpots or mantle plumes. The magma comes from the mantle and produces basalt.

New Zealand was formed and exists of volcanoes

New Zealand was not only formed by volcanoes on the edge of Gondwana, but it contains many volcanoes on its two major islands in three different shapes and forms. Be careful while visiting active volcanoes and consult authorities or the department of conservation for the latest news.

If you are interested in hiking through volcanic landscape, you should visit Tongariro National Park on the northern island of New Zealand. There are many great walks for all ages and fitness, here are a few of our favorites: 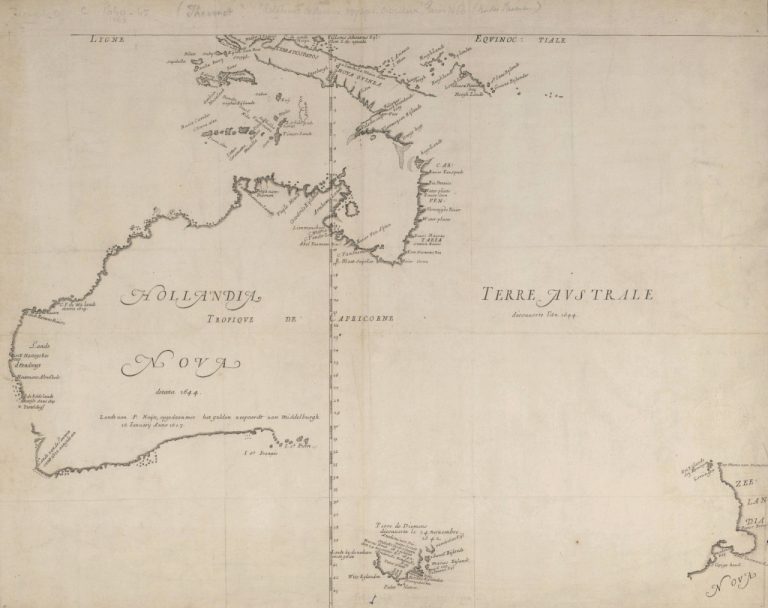 Did you ever wonder why New Zealand is actually called New Zealand? Is there an old Zealand as well? And why did it get this name? The origin actually lies 127 years before Captain Cook set foot ashore.  New Zealand got its name from a Dutch cartographer who processed the travels and discoveries of Abel…